Rosacea is a common skin condition that mainly affects the skin on the face. It causes redness on the nose, chin, cheeks, and forehead. Over time, the redness can become more intense, taking on a rosy appearance. Key symptoms
are facial redness with swollen red bumps and small visible blood vessels.

Rosacea is common. The U.S. government reports more than 14 million people are living with rosacea. People of all races and ages get rosacea, too. But most people who get rosacea are:

• Between 30 and 50 years of age
• Fair-skinned, and often have blonde hair and blue eyes
• Of Northern European ancestry
• Likely to have someone in their family tree with rosacea or severe acne
• Women are a bit more likely than men to get rosacea. However, men tend to get more severe cases of rosacea.

For some people, rosacea becomes more noticeable with time. The redness can become permanent. The skin may feel hot and tender. Your skin can become so sensitive that getting water on your face causes burning and stinging. Some people see the affected skin grow thick – this is more common among men than women. It is caused by enlarging oil glands in the skin. When this happens to the nose, the medical term for this condition is “rhinophyma.” The nose enlarges, and thick bumps can form on it. Left untreated, it tends to worsen over time. 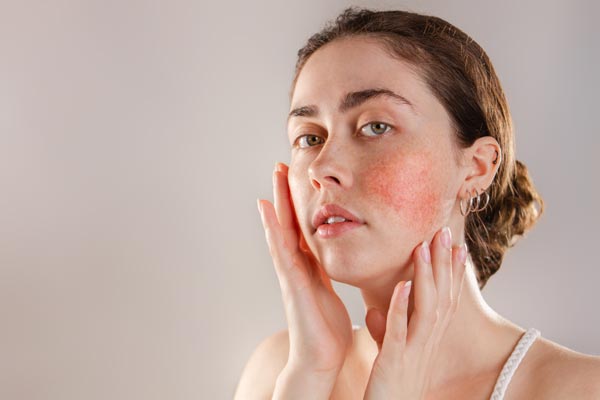 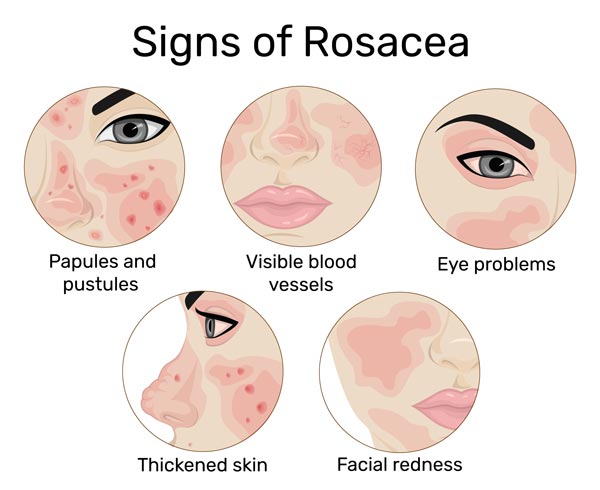 Although there is no cure for rosacea, early treatment is key to controlling the condition. The longer it is left untreated, the more difficult it is to manage rosacea. Many patients report their quality of life improves with treatment because they feel less self-conscious.

Research shows that the most effective results come from combining treatments and tailoring treatment to a patient’s signs and symptoms. Your dermatologist may create a treatment plan that includes more than one treatment.

To get the best results from your treatment, dermatologists recommend that you learn what triggers your rosacea. At the end of each day, jot down your exposure to common rosacea triggers. If your rosacea flares, be sure to note that, too. Once you know your triggers, it is best to avoid them if you can. Common triggers include:

Valley Skin Institute is the home of Dr. Leslie Storey, Board Certified Dermatologist who specializes in Mohs Surgery for the removal of skin cancer.
Facebook Instagram